14th Sunday of the Year – Meek & Humble of Heart 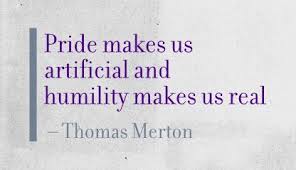 Study:  Name someone in your life who lives with sincere humility.  What behaviors stand out?

Pray:  Humility comes from knowing ourselves – warts and all.  Ask the Lord for the insight to truly see the blessings & burdens, successes and sins, that lie in our hearts.

Serve:  Is there a thankless or difficult task that you can do for another?  Can it be done with a loving sincerity?

In June of 1994 I came to Rome.  I had lived in the Holy Land since January and I was making my visit to my Italian roots as the last part of my journey. I stayed at the Benedictine monastery and school – St. Anselmo – which was governed by a monk from St. John’s, Abbot Jerome Theisen.

Abbot Jerome was a remarkable man.  A brilliant scholar with a pastoral heart, his duty as Abbot Primate was to visit Benedictine monasteries around the world – working to improve and strengthen monastic life across the globe.  Yet for all the travel and prominence of his work, Abbot Jerome was a gentle and humble man.

Shortly after he had arrived in Rome, the Abbot Primate began a regular routine of gardening each day.  He firmly believed in the Benedictine phrase, “Ora et Labora” (Prayer and Work) and set an example for the other monks by taking a certain amount of physical exercise each day.

On one particular morning, Abbot Jerome was out in the monastic gardens at work among the roses.  He was wearing a plain and well worn habit, devoid of any finery or ostentation.  He looked like a simple monk – and somewhat grubby at that!

While he was in the middle of his weeding a monk from another religious order came calling.  Seeing the elderly “brother” on his knees in the dirt he said, “Brother, is the Abbot Primate here today?”

The monk said, “I wish to speak with him.”

Abbot Jerome stood up and responded, “Very well.  What would you like to discuss?”

The monk, affronted by the impertinence of a dirty, sweaty “brother” (for what priest would be gardening…?) said, “Brother, I am an Abbot, and I demand to see the Abbot Primate AT ONCE!”

Abbot Jerome dusted his hands off his black habit, and extended his right hand in greeting.  He gently said, “Certainly.  I am Abbot Jerome.  How can I help you?”

The embarrassed monk stuttered an apology, and after a few moments excused himself.

I have often thought of Abbot Jerome’s example.  Regardless of wealth, learning, or status, may we have the perspective to see ourselves, called by God to a meek and humble heart!

A Catholic priest since 1997, Fr. Andrew Ricci is currently the rector of the Cathedral of Christ the King in Superior, WI. His website "Three Great Things" can be found at studyprayserve.com and his podcasts can be found under "Catholic Inspiration" in the iTunes store. END_OF_DOCUMENT_TOKEN_TO_BE_REPLACED
This entry was posted on Tuesday, July 1st, 2014 at 9:40 am and tagged with Catholic, Disciple, Humble, Humility, Inspiration, Mass, Meek, Service and posted in Ordinary Time. You can follow any responses to this entry through the RSS 2.0 feed.
« Saints Peter and Paul
15th Sunday of the Year – Weeds, Seeds, and Growing Things »