14th Sunday of the Year: Dealing with tough messages 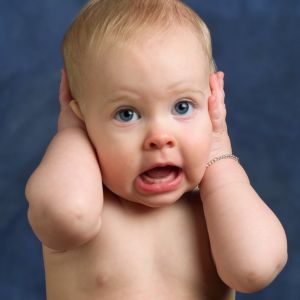 Study:  Reflect on a time when someone told you a truth that you did not want to hear.  What caused you to want to resist?

Pray:  Are there any tough decisions or actions facing you right now?  Ask the Lord for guidance, courage, and strength.

Serve:  Is there someone in your life who needs to hear an important message?  How can you help them receive it?

Have you ever been angry because someone told you what you needed to hear when you didn’t want to hear it?  Who wants to be told they’re wrong, that something needs to change, that they have work to do?  In our best moments we can accept constructive criticism with a tentative openness, but if we are vulnerable, defensive, doubtful, or in any sort of tough spot – we often will dig our heels in and resist.

Perhaps it’s just plain human nature – our free will comes with a liberty to choose any number of possibilities.  Sometimes, however, we simply do not choose what is best…

This is the situation which confronts Ezekiel and Jesus in the Scriptures today.  Sent to proclaim a message, they both encounter resistance.  Ezekiel is told by God that the people will not want to hear him; Jesus is rejected by the community that knows his extended family.  While both will fulfill their mission, the response of those addressed remains one of resistance.

Sound familiar?  Consider the times in life when you’ve resisted a message.  What was the issue?  Ego?  A relationship?  Personal pride?  Control?  Sometimes the best thing we can do is discover what are the obstacles that keep us from the goodness of God.

Here’s a simple test: when was the last time you turned away from something important?  What held you back?  What was the road block that kept you from joy?  Remember, the Lord longs to fill us with love; our job is to be open and receptive to what needs to be heard.

Maybe today we haul the obstacle out of the way…so God’s grace can transform and renew our hearts.

23rd Sunday of the Year: Sending and receiving a message from the heart. Catholic Inspiration 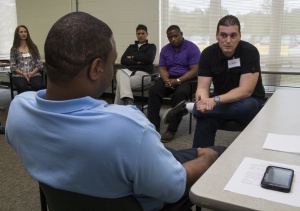 One of the hardest things about the Christian faith is the giving and receiving of a tough message, the kind of message that hits our hearts and requires us to grow as children of God.  Whether it’s something that needs to be said or something that needs to be heard, may we call upon the Lord for the courage we need to let the message of Jesus Christ speak to our souls.

23rd Sunday of the Year: Watch, Look and Listen 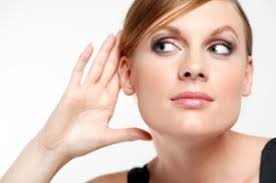 Pray:  Call upon the Lord for the wisdom to know when to speak and when to take heart to the words of another.

Serve:  Is there someone in my life right now that I am called to speak to?  Or listen to?

Do you remember the Aesop’s fable “The Boy Who Cried Wolf” that we used to hear as children? It is a simple yet profound tale. A young boy is given the responsibility to watch over the animals in the event of an attack from the wolves. Bored of his duties he calls out “Wolf!” and laughs as the area villagers come running.

Delighted with his game the boy cries “Wolf!” a few more times, each time getting the attention of the people. Finally disgusted with his actions they no longer respond, even when a real wolf shows up and attacks the child; his failure to keep watch prevented his message from being heard.

In the first reading today Ezekiel says that being a prophet is a lot like being a watchman. The watchman was responsible for protecting the people from bandits and wild animals. The watchman was required to stay alert, remaining vigilant and ready to call out in a moment’s notice should danger arise.

Likewise, anyone who hears a word of encouragement or guidance and fails to respond is also accountable. Ezekiel, the Psalm, and the Gospel today all point out that there are times when we must open our hearts to messages that we may not want to hear. We may be tempted to “harden our hearts.”

Let’s face it. No one wants to be told what to do. No one wants to be disciplined or chastised; we love our freedom and independence too much for that! Yet there are times when the Church is empowered to keep watch, lest members of the community drift into choices and actions which are harmful and destructive.

This is not easy! The scriptures today alert us to the fact that there are moments when we may be asked to either give or receive a hard word out of love. We might have to give it – to help another from making a mistake. We might have to receive it – and allow another to help us from falling into trouble. Keeping watch is never easy, but without the support of each other, we run the risk of a far greater harm.